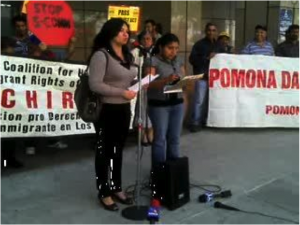 VozMob has an interesting take on Authorship in Participatory Journalism. 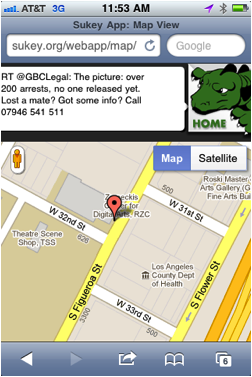 Sukey is an application designed to “keep protestors protected and informed during protests.” Per Sukey.org, When (protestors) “see something interesting, (and Sukey) is confident that something has actually happened,” Sukey keeps you updated. Sukey is a tool or application for “keeping protestors, safe, mobile, and informed.” And was inspired by the Live Protest Map (above).

I order to get there you have to pass through a crowd…. It turns violent.

Shooting with flip camera so as not to attract attention

That man there had a knife in his hand. (freeze frame shot of man with knife gesture)

I went looking for video images to compare mine to. Look at this one !

More videos of the December Riots are showing up everyday.